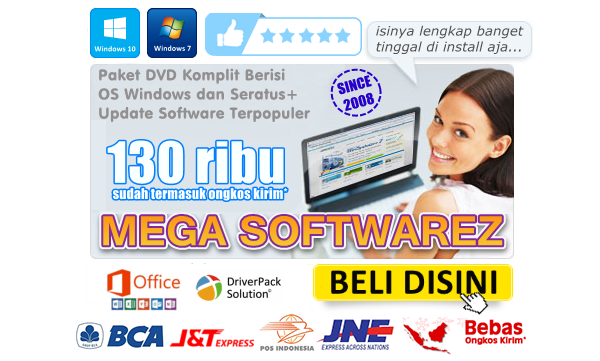 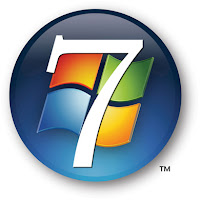 Di salin langsung dari Microsoft FAQ tentang update Windows 7 Service Pack 1 beta
Perhatikan tulisan yang berwarna merah, tadinya saya mau update windows 7 saya ke Service Pack 1 beta, tapi setelah baca FAQ ini, saya urungkan niat, dan tetap bertahan dengan yang ada saja dulu
Q. What is Windows 7 SP1?
A. Windows 7 Service Pack 1 is an update for consumers and IT Pros that helps keep your PCs supported, provides ongoing improvement to the operating system, by including previous updates delivered over Windows Update as well as continuing incremental updates to the Windows 7 platform based on customer and partner feedback, and is easy for organization to deploy a single set of updates.
Q: What is Windows Server 2008 R2 SP1?
A: Windows Server 2008 R2 SP1 is an update for enterprises and IT Professionals that includes virtualization enhancements, previous improvements delivered via Windows Update, and addresses feedback from customers.
Q. What are the system requirements for the Service Pack 1 beta?
A.  Your current operating system must be the Release to Manufacturing (RTM) version of Windows 7 or Windows Server 2008 R2 (build 7600).
Q. Can I install the beta on an evaluation version of Windows 7 or Windows Server 2008 R2?
A. Yes. The beta of SP1 can install on RTM evaluation versions of Windows 7 and Windows Server 2008 R2.
Q: When will SP1 be released?
A:  Service Pack 1 will be released within the first half of calendar year 2011.
Q: Who should download and install the Service Pack public beta, when it’s available?
A: The public beta is best suited for IT Pros, tech enthusiasts and developers who need to test the service pack in their organization or with the software they are developing. The final release of Service Pack 1 will be available through Windows Update for consumers when it is ready.
Q: There are several downloads available. Which one should I choose?
A: There are two ways you can obtain the service pack beta. You can download a special key to enable Windows Update to offer you the service pack beta, or you can download the service pack directly. For each download method, you should choose the correct download for your platfrom (x86, IA64 or x64).
Q: Should customers who are considering deploying Windows 7 wait for SP1?
A: No.  Windows 7 is a high quality release and provides many benefits to consumers and businesses alike.  SP1 will include all updates previously available to Windows 7 users through Windows Update, so there is no reason to wait or delay their use of Windows 7.
Q. Can I upgrade from the beta builds to the final build of SP1?
A. No. You will have to uninstall the Service Pack or do a clean install of Windows 7 or Windows Server 2008 R2.
Q. Will there be a slipstream build of SP1 beta?
A. No.  The beta will only be available as the Service Pack update itself.  You will need to have a Release to Manufacturing (RTM) version of Windows 7 or Windows Server 2008 R2 to install the beta of the Service Pack.
Q. What languages will be released at beta?
A.  For beta, we will release English, French, German, Japanese, and Spanish.
Q. Will I be able to uninstall the service pack beta?
A.  Yes, you will be able to uninstall the service pack beta if you need to.
Please Note, it is always a best practice to back up your data prior to installing any beta software.
Q. Will the beta stop functioning after a certain amount of time?
A.  Yes.  You will be reminded beginning March 30, 2011. The beta will expire on June 30, 2011. You will have to upgrade to a newer build or uninstall and return to the RTM build by that time.
Q: What other improvements are included in Windows Server 2008 R2 SP1 besides the virtualization enhancements?
A: Please see the Notable Changes document for detail on the additional improvements in SP1.
Q: Is RemoteFX different than Remote Desktop Services? How do they integrate?
A: RemoteFX describes a set of rich media capabilities that are available to customers using the Remote Desktop Services platform to deploy a virtual machine- or session-based remote desktop infrastructure. Specifically, RemoteFX enhances the Remote Desktop Protocol (RDP) in Remote Desktop Services, so that remote workers can access any type of application or screen content, including rich media and 3D applications, improving end user productivity.
Q: Will Dynamic Memory be available on Microsoft Hyper-V Server 2008 R2?
A:  Yes.
Diposting oleh kopidvd